"After testing the Octalarm-Touch Pro, we soon knew that we wanted to continue with it."

Since April of this year, the 18 production stations of the drinking water supplier WMD in Drenthe are equipped with the brand new alarm dialler from Adésys: the Octalarm-Touch Pro. WMD purchased the devices even before the official launch and is thus the very first user. Bert Super, Senior Designer/Project Leader at the drinking water company, does not find this particularly exciting. "We've talked everything through and tested it extensively, so it's not a problem."

Because WMD's alarms were getting old and spare parts were hard to come by, Bert Super started looking for an alternative in 2020. On the advice of a number of fellow drinking water companies, he ended up at Adésys. "It felt right from the start. They installed a test system of the Octalarm-Touch Pro and we soon knew that we wanted to continue with that." Bert found the presence of two network ports particularly interesting. He explains that WMD would like to be able to use network control alarming in the future. The additional Ethernet port allows the Octalarm-Touch Pro to connect to both the technical and corporate networks. The technical network thus remains safely separated from the outside world. "With this successor to the Octalarm-Touch we are well prepared for future developments." 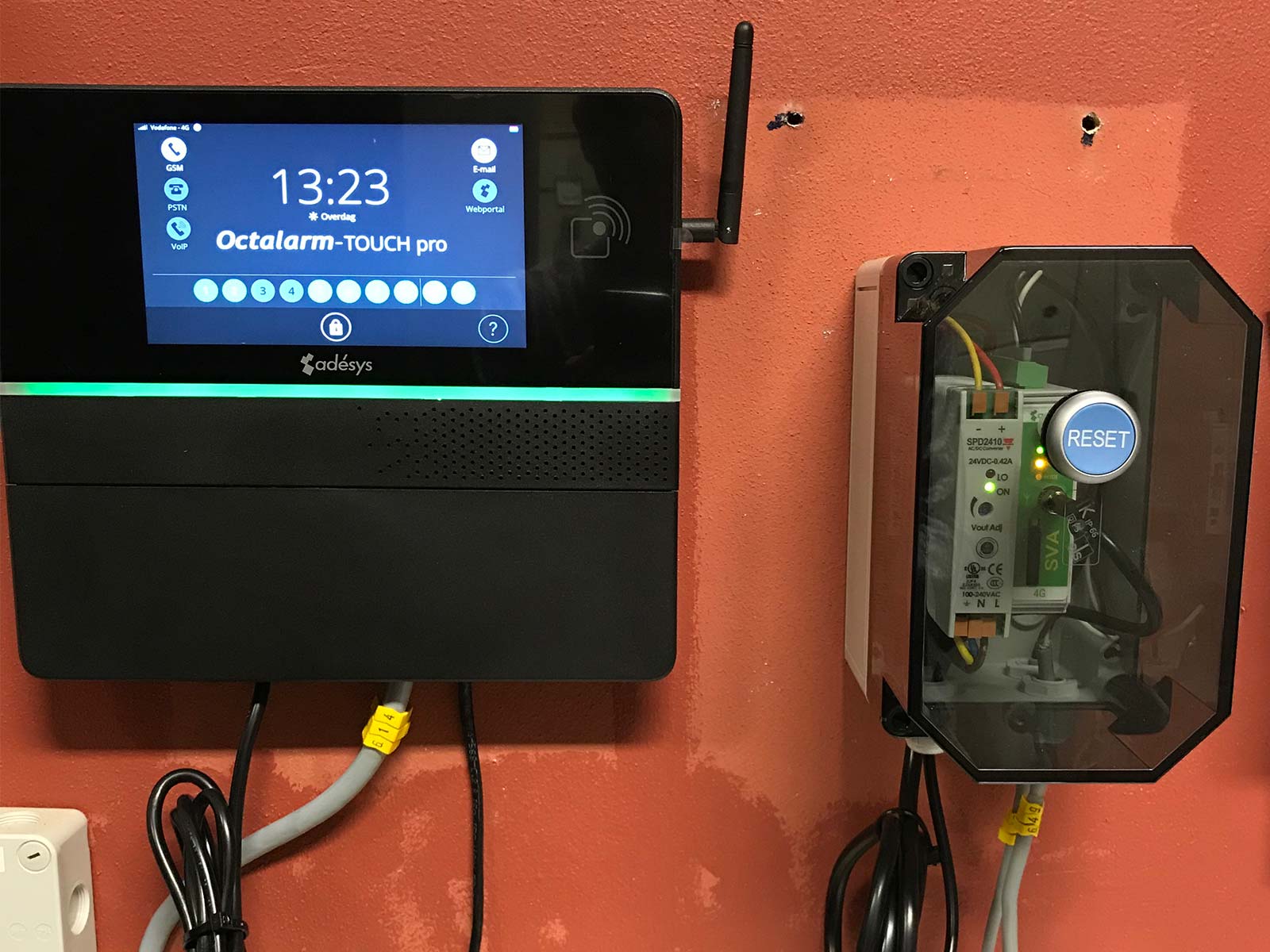 In addition to 18 Octalarm-Touch Pro alarm diallers, WMD also purchased 18 SVA-X74 paging devices. Bert explains why: "In the event of a critical alarm, our drivers - that's what we call our operators - are notified via the pager. If the driver does not report the alarm within an hour, the Octalarm sends a spoken text message. In parallel, the SVA sends a message via SMS. This means that we can reach the driver either via 4G internet or via SMS. This extra back-up is a nice thought for us. After all, the drinking water supply must not be endangered."

Bert looks back with satisfaction on the first months of WMD's cooperation with Adésys. "I think it's a plus that Adésys develops the products themselves. They have real specialists in house, who think along with you. And it was great that the transition to the new system could be arranged so smoothly. All alarms were replaced within two weeks!"