“Ours are smaller pumping stations, so we were looking for a practical solution. Preferably, we want a comparable system that is easy to replace.” 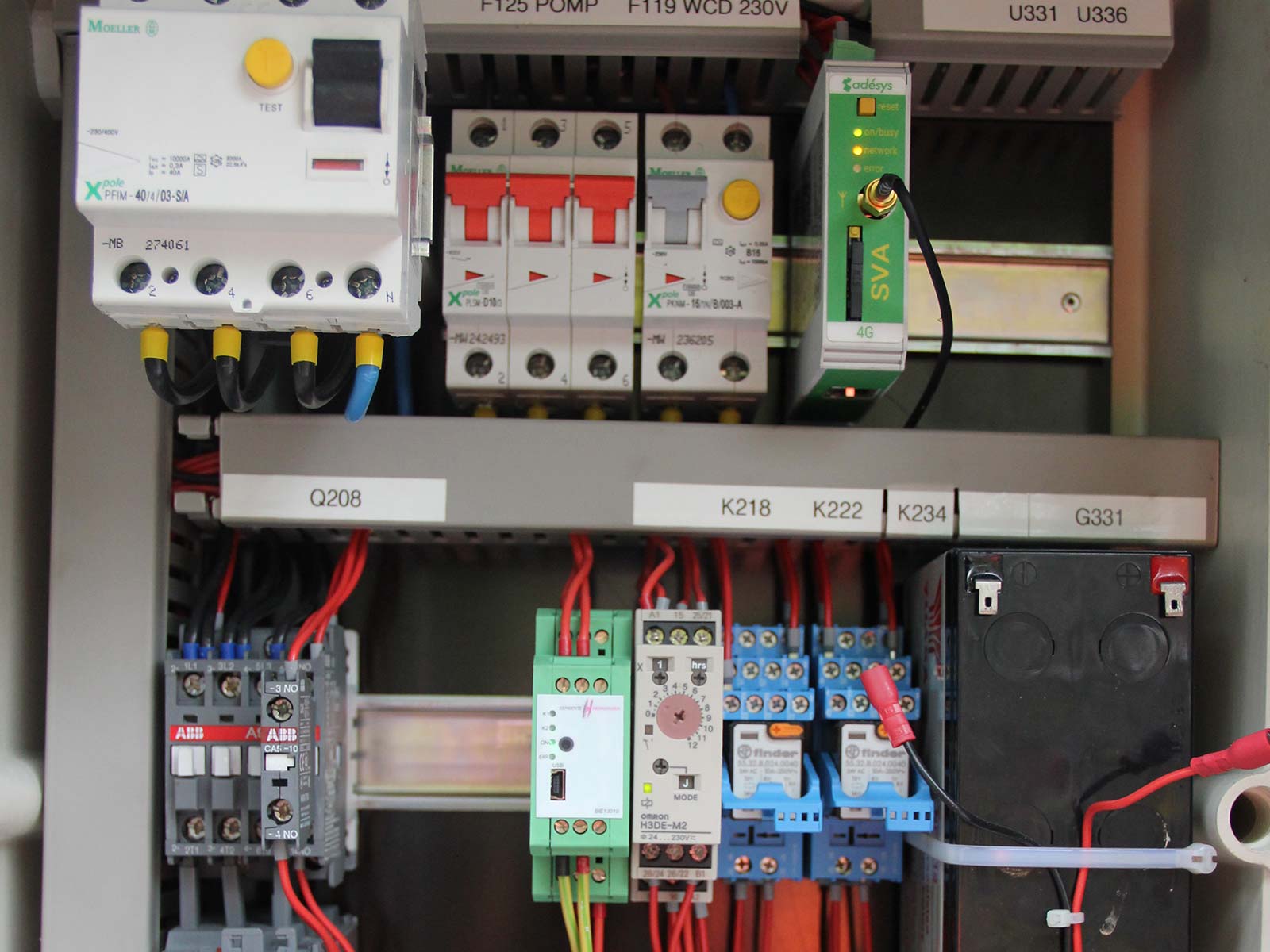 The municipality of Midden-Groningen is a merged municipality. It was formed on 1 January 2018 by combining the municipalities of Hoogezand-Sappemeer, Slochteren and Menterwolde. After the merger, replacing the modems was an important task. The pumping stations were mapped and ultimately divided into two categories. “For pumping stations to which only one or two residences were connected, we used a red lamp. For pumping stations that are out of sight or to which a larger number of residences are connected, we opted for the SVA-X16 alarm module." In total, Mous Waterbeheer replaced 81 modems with Adésys’ new SVA-X16 alarm module.

“We have a service contract with Mous Waterbeheer for the operation. As a municipality, our goal is to outsource the operation and the modems to a single party if possible.” However, that was not the only reason to choose Mous Waterbeheer. “Ours are smaller pumping stations, so we were looking for a practical solution. Preferably, we want a comparable system that is easy to replace.” The transition to the SVA-X16 alarm modules was literally as simple as plug & play. “The old module is taken out and the new module is put in. That also means there is no need to replace the entire control system.” In other words, this solution was both practical and affordable.

Mous Waterbeheer is a partner that thinks along with its clients

A permanent contact, short lines of communication and timely information. These were key concerns that kept coming up during the meeting with Jaap Kramer, who works as a member of the Policy Implementation Sewage & Water department of the Municipality of Midden-Groningen. “Mous Waterbeheer is a partner that thinks along and offers useful advice. That is great.”

Learn more about the SVA-X16