With the arrival of first the 4G and now the 5G network, UK telecom providers started phasing out the 3G network and this network will no longer be supported by most providers by 2023. Subsequently, the 2G network of Vodafone and EE will be phased off from June 2023 and will also be discontinued from 2025. As a result, the lifespan of 2G and 3G diallers is very limited and they must be replaced (possibly early).

As of January 2022, the 3G network in the Netherlands will NOT be supported by Dutch telecom providers. In the UK, Vodafone and EE have both announced that they will close their 3G network next year (2022) and BT Group has announced that 3G services will be phased off for all EE, BT Mobile and Plusnet customers by 2023. Our diallers have an automatic fallback to 2G. However, because all installations with a 3G GSM module fall back to the 2G network at the same time, the communication speed/coverage will decrease drastically. This may cause communication problems for installations with a 2G and 3G module.

In addition, the 2G network in the Netherlands will be discontinued in April 2025 as well. No official phasing out data has yet been released by UK providers such as BT, Vodafone, EE (BT), O2 and Three. According to news sources, a phase-off period from June 2023 to 2025 is mentioned. We recommend you to contact your provider for clarity in your 2G and 3G delivery guarantee.

After the networks expire, only older product types that cannot transfer to the 4G network will experience problems:

Newer devices such as the SV product line with type SVX0000-I (SVA | SVL | SVM 4G) and the Octalarm-Touch already work on 4G and will not experience any problems. We are happy to advise you in choosing the right product.

Don't wait until the last moment

You will not have missed it in the news; there is a lot going on in the world of electronics. We see that deliveries, especially of processors for the automotive industry, from various manufacturers such as NXP, ST and Microchip are under pressure. This has to do with a reduction in production at the beginning of the Corona crisis and an unexpected increase in demand. This has led to hoarding and a worldwide shortage and this has not been solved yet.

Adésys also uses the above mentioned products in the end products you buy from us. All in all this situation leads to longer delivery times of these components, varying from half a year to even a year. Adésys has, where possible, anticipated on this situation by buying extra and for the moment doesn't foresee any delivery problems.

In order to limit risks and prevent delivery problems due to a run on 4G modules in early 2025, we advise you to switch to solutions with a 4G LTE-Cat M1 module (4G for M2M) as soon as possible and not to wait until the last moment. 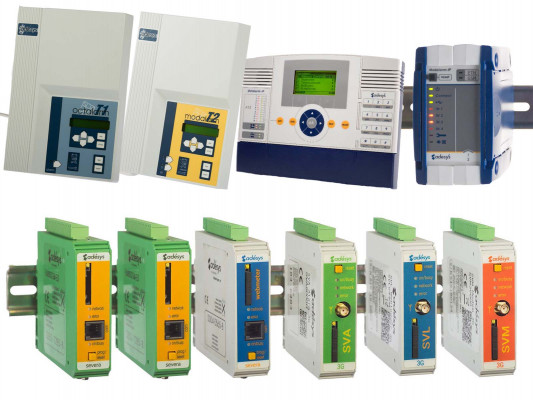